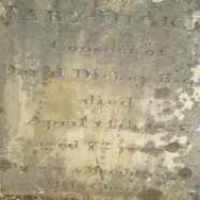 New Bern had been the capital of North Carolina in its early days. In 1792, the capital was moved to Raleigh because it was more the center of the state.