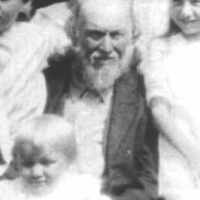 The Life Summary of James Wright

Put your face in a costume from James Wright's homelands.

Scottish and northern Irish: habitational name from Logan (Ayrshire) or from some other minor place of this name.Irish: from Ó Leocháin ‘descendant of Leochán’, a personal name (earlier spelled Lothchán) of unexplained etymology. See also Duck .History: James Logan (1674–1751), an Ulster Scot and a Quaker, born in Lurgan, County Armagh, Ireland, became secretary to William Penn and held high office in the state of PA. Among his descendants have been numbered several prominent statesmen. KY pioneer Benjamin Logan moved with his parents from West Pennsborough Township, Cumberland County, PA, to Augusta County, VA, in 1740.