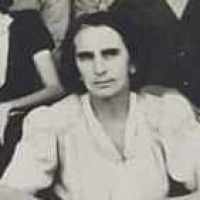 Cecilia Casanova y Mino was born on 22 November 1898, in Havana, Cuba as the daughter of Antonio Casanova and Josefa Mino. She married Sergio Antonio Salazar y Pujadas on 10 July 1916, in Havana, Cuba. They were the parents of at least 3 sons and 3 daughters. She died on 26 March 1974, in her hometown, at the age of 75.

Put your face in a costume from Cecilia's homelands.

Socialist Party is founded. The Party would eventually form the basis of the Communist Party.

Fidel Castro leads a Communist revolution. The rebel army overthrows President Fulgencio Batista.
Catalan and Italian: topographic name from Latin casa ‘house’ + nova ‘new’, or a habitational name from any of the many places named with these words.

This was written by Cecilia Casanova. Antonietta's picture was added to the photo. She is in back row with the hat on.