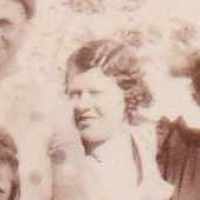 The Life of Ella M Fredericka

Put your face in a costume from Ella M Fredericka's homelands.

After the explosion of the USS Maine in the Havana Harbor in Cuba, the United States engaged the Spanish in war. The war was fought on two fronts, one in Cuba, which helped gain their independence, and in the Philippines, which helped the US gain another territory for a time.
1913 · The Completion of the Keokuk Dam

The Keokuk Dam was completed in 1913 and began to power the surrounding area. It was the largest single capacity powerhouse in the world at the time. After World War II, the powerhouse was modernized and all the units were converted in 2002. It remains the largest privately owned and operated dam on the Mississippi River.
1916 · The First woman elected into the US Congress