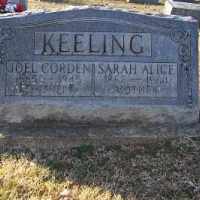 The Life Summary of Joel Gordon

Put your face in a costume from Joel Gordon's homelands.

English: nickname from Middle English keling, kiling (probably of Old Norse origin) ‘young codfish’, perhaps for a fishmonger or for someone with staring eyes. Alternatively, from an unrecorded Middle English personal name Kel(l)ing, which may be transferred use of the nickname keling. The name has been established in Ireland since the 17th century. It is not to be confused with Irish Keelan .Americanized form of German Kühling, a patronymic from Colo, probably a short form of an ancient Germanic personal name meaning ‘helmet’.English: variant of Killing, a habitational name from Kelling (Norfolk) or Nunkeeling (East Yorkshire), both meaning ‘(the place of) the people of a man called Cylla’, from an Old English personal name Cylla + the Old English groupname suffix -ingas.