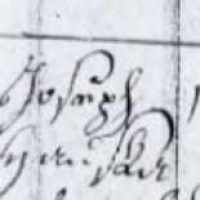 The Life Summary of Josef

Put your face in a costume from Josef's homelands.

, Dutch, Scandinavian, and Czech spelling of Joseph , now also in use in the English‐speaking world.