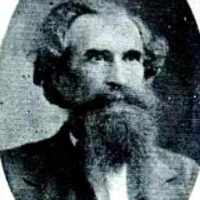 The Life Summary of William Neel

Put your face in a costume from William Neel's homelands.

English (mainly southeast), Dutch, and Czech: from a personal name composed of the ancient Germanic elements heri, hari ‘army’ + man ‘man’ (see Hermann ). In England this name was introduced by the Normans.Irish: variant of Hargadon .Jewish (eastern Ashkenazic): perhaps a nickname for someone with a copious or noticeable head of hair (see Haar ).

William was the son of Elias Harman and Polly Davis. After having daughter Willie Angelina with Polly Daunt he married Orlenia Shockley. This Virginia native was a member of the first graduating clas …