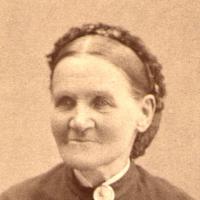 The Life Summary of Anna Carin

Put your face in a costume from Anna Carin's homelands.

variant of Anne , in common use as a given name in most European languages. Among people with a classical education, it has from time to time been associated with Virgil's Aeneid, where it is borne by the sister of Dido , Queen of Carthage. This Phoenician name may ultimately be of Semitic origin, and thus related to the biblical Anne. However, the connection, if it exists, is indirect rather than direct.