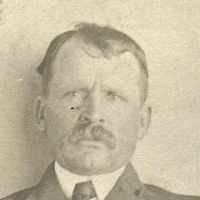 The Life Summary of Allen Preston

Put your face in a costume from Allen Preston's homelands.

Alabama ratified the 13th Amendment on December 2, 1865. The Thirteenth Amendment officially became part of the Constitution on December 6, 1865. Roughly 440,000 Alabamians born into slavery were freed and made citizens. However, loopholes in the law made this a slow process.

I never know my grandfather.Just what my Mother told me.