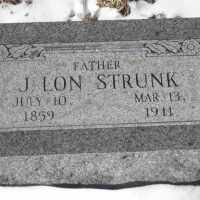 The Life Summary of Jasper Alonzo

Put your face in a costume from Jasper Alonzo's homelands.

North German: from Middle Low German strunk ‘stalk, stump’, hence a nickname for a short, stout, ungainly person, or a topographic name for someone who lived in an area with tree trunks.