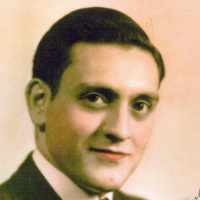 Put your face in a costume from Sebastiano's homelands.

The first Fannie May shop was opened by H. Teller Archibald. It became so popular that after fifteen years Fannie May had opened 48 stores in the Midwest. During World War II, the ingredients for all of Fannie May's recipes were hard to come by. However, they chose to not change their recipes, while other competitors did. Fannie May's vision was to create handmade, delectable chocolates, without ever compromising the taste of the candy.