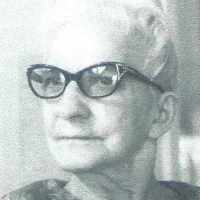 Put your face in a costume from Martha Frances's homelands.

Jeannette Pickering Rankin became the first woman to hold a federal office position in the House of Representatives, and remains the only woman elected to Congress by Montana.
Of German origin: probably an Americanized spelling of Bucher .