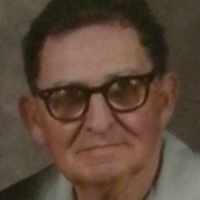 Put your face in a costume from Fred Joseph's homelands.

In an event called the county-busting craze that took place from 1911-1925, twenty-five new counties were made in Montana

The Bureau of Investigation's name was changed to the Federal Bureau of Investigation to help citizens know that the Government is helping protect from threats both domestically and abroad.
1 Variant spelling of Dutch, German, and Scandinavian Karl .2 English: from the Anglo-Scandinavian personal name Karl(i), ultimately from Germanic karl ‘man’, ‘freeman’. See also Charles .3 English: status name for a bondman or villein, from the vocabulary word karl, carl, which had various different meanings at various times: originally ‘man’, then ‘ordinary man’, ‘peasant’, and in Middle English specialized in the senses ‘free peasant’, ‘bondman’, ‘villein’, and ‘rough, churlish individual’.