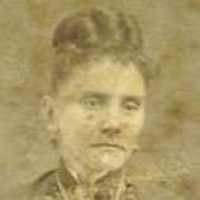 The Life of Frances Marie (Fannie)

Put your face in a costume from Frances Marie (Fannie)'s homelands.

English and Dutch: patronymic from Wilkin .

Frances Marie was born in Simpson Co. Kentucky March 30 1855 and headed for Texas in May of that year to join Wilkins family in Bastrop Co. Texas. Her Father died on the way in Arkansas. Mother Sar …