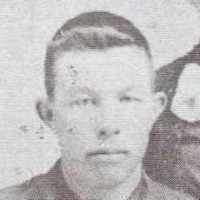 Put your face in a costume from Perry Albert's homelands.

A landmark decision of the U.S. Supreme Court upholding the constitutionality of racial segregation laws for public facilities if the segregated facilities were equal in quality. It's widely regarded as one of the worst decisions in U.S. Supreme Court history.
English, Scottish, and Irish: occupational name for a player on the harp, from an agent derivative of Middle English, Middle Dutch harp ‘harp’. The harper was one of the most important figures of a medieval baronial hall, especially in Scotland and northern England, and the office of harper was sometimes hereditary. The Scottish surname is probably an Anglicized form of Gaelic Mac Chruiteir ‘son of the harper’ (from Gaelic cruit ‘harp’, ‘stringed instrument’). This surname has long been present in Ireland.