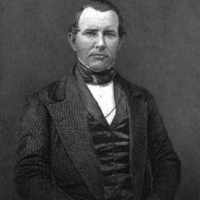 The Crimes Act was made to provide a clearer punishment of certain crimes against the United States. Part of it includes: Changing the maximum sentence of imprisonment to be increased from seven to ten years and changing the maximum fine from $5,000 to $10,000.
English: from a pet form of Lamb 1 and 2.

Early years and education Lumpkin was born in Lexington, Georgia, and attended Franklin College, the initial college of the University of Georgia (UGA) in Athens, for some time and then attended Yale …