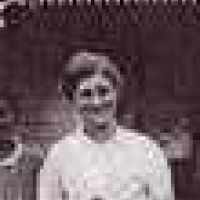 The Life Summary of Adah May

Put your face in a costume from Adah May's homelands.

(1997: 32761;2007: 62522; 2010: 83928)English, German, and Jewish (Ashkenazic): variant of Wolf and, in North America, (also) an altered form of this. This is also a common spelling in Ireland (see also Woulfe ), particularly in counties Cork and Limerick, while in Germany this surname is very rare.Americanized form of various other surnames meaning ‘wolf’, e.g. Hungarian Farkas , Czech and Slovak Vlk , Slovenian and other Slavic Volk , Vovk , and Vuk (see Wolf ).