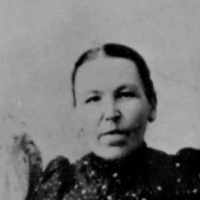 When Margaret Abrahamson Persson was born on 1 June 1851, in Brålanda, Älvsborg, Sweden, her father, Abraham Persson, was 49 and her mother, Anna Greta Jonsdotter, was 40. She married Sven August Anderson Sr. on 21 December 1873, in Göteborg, Göteborg Lundby, Göteborg och Bohus, Sweden. They were the parents of at least 4 sons and 3 daughters. She lived in Farmington, Davis, Utah, United States for about 10 years. She died on 24 February 1932, in Salt Lake City, Salt Lake, Utah, United States, at the age of 80, and was buried in Bountiful, Davis, Utah, United States.

A schoolhouse was built on 4th North and Main Street.
1863