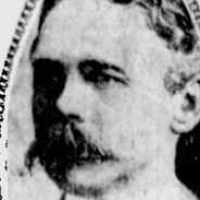 The Life Summary of Oberlin Mathias

Put your face in a costume from Oberlin Mathias's homelands.

1857 · Oldest tobacco shop in the Country

Iwan Ries and Company is one of the oldest family owned tobacco companies in North America and was originally owned by Edward Hoffman. Realizing that he could not run the company alone, Hoffman recruited his nephew, Iwan Ries to join him. The name of the Company changed from E. Hoffman and Co. when Edward Hoffman retired in 1898.