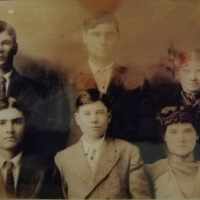 Put your face in a costume from Alvin Stewart's homelands.

Being modeled after the Boy Scout Association in England, The Boy Scouts of America is a program for young teens to learn traits, life and social skills, and many other things to remind the public about the general act of service and kindness to others.
1 English (also common in Wales): patronymic from the Middle English and Anglo-Norman French personal name Hugh .2 Welsh: variant of Howells .3 Irish and Scottish: variant Anglicization of Gaelic Mac Aodha ( see McCoy ).