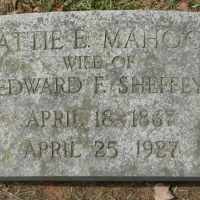 The Life of Martha Elizabeth

As one of the Reconstruction Amendments, the Fourteenth Amendment addresses the rights and protections that all citizens of the United States have. The amendment also limits actions of state and local officials in all states.
1886

Irish: Anglicized form of Gaelic Ó hUid ‘descendant of Ud’, in which Ó ‘descendant’ has been replaced by Mac ‘son’. The family of Ó hUid were hereditary poets to the O'Neills in Ulster.