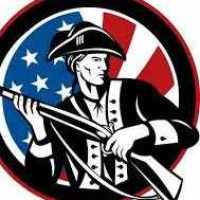 Georgia is the 4th state.

from the Old English personal name Clacc or its Old Norse (Danish) cognate Klak. As a personal name this is from a word meaning ‘lump’ and may have been used as a nickname for a large or thickset man.

possibly sometimes from a derivative of Middle English clakken ‘to rattle, clatter’, denoting a chatterer, alternatively, perhaps a miller, from the clack or clatter of his mill, or a bellringer.

Put your face in a costume from Sterling's homelands.