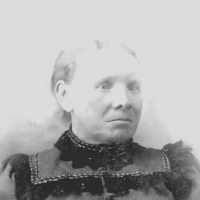 English (Midlands): variant of Good . This name has been used in Ireland since the 16th century.Possibly an Americanized form of Dutch Goede .