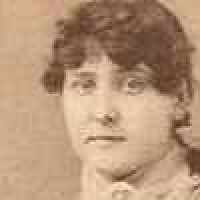 Put your face in a costume from Altha A's homelands.

On November 11, 1889, Washington Territory became Washington State the 42nd state to enter the Union. The state was named in honor of George Washington.
English: topographic name for someone who lived on a patch of land where woodruff grew, Old English wudurofe (a compound of wudu ‘wood’ with a second element of unknown origin). The leaves of the plant have a sweet smell and the surname may also have been a nickname for one who used it as a perfume, or perhaps an ironical nickname for a malodorous person.