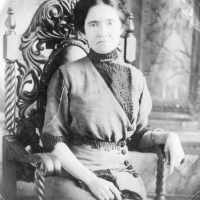 The Life of Eulalie L

Put your face in a costume from Eulalie L's homelands.

In 1877, the last of the troops that were occupying North Carolina left.
1878 · St. Mary's Episcopal Church is Built

The Episcopal Diocese of Florida organized a mission church in 1878 to provide a location that could serve seasonal guests. Visitors and residents from Green Cove Springs raised over $1000 to build the church. On March 10, 1879, the Church held its first service. This location is notable because it would eventually be added to U.S. National Register of Historic Places (February 17, 1978).
1894 · Confederate Soldiers and Sailors Monument

English (mainly southern): from the Old French habitational name and personal name Paris ( see Paris 1). Parrish is the most common form of the name in English, and is the result of confusion between -s and -sh ( compare Norris ), reinforced by folk etymological association with the modern English word parish. In the 17th and 18th centuries the surname was occasionally bestowed on foundlings brought up at the expense of the parish.