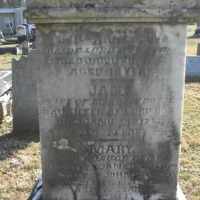 Scottish: habitational name from one or other of a number of Scottish and English places called Ross or Roos(e), especially Roose (Lancashire) and Roos (East Yorkshire). The placenames derive from a British ancestor of Welsh rhos ‘moor, heath, plain’, which is the sense of the cognate Gaelic word ros. The Scottish surname has at least three origins. First, the Anglo-Norman family from Roos (East Yorkshire) was introduced to Scotland when Robert of Roos, lord of Wark Castle (Northumberland), married Isabella, an illegitimate daughter of King William the Lion. Second, various families took the name from the province of Ross in northern Scotland and other places of that name. Third, there were Norman families in Scotland by the 13th century who probably derived their name from Rots in Normandy (see 2 below). The descendants of Godfrey de Ros, tenant of the de Morville lords of Cunninghame, were major landholders in Ayrshire, and almost certainly took their name from Rots. The Rose family of Kilravock (Nairnshire) may take their name from either of these three (see Rose ). The lairds of Balnagown adopted the surname Ross after the earldom of Ross (to which they considered themselves rightful heirs) had passed into other hands through the female line.

English (of Norman origin): habitational name from Rots in Calvados (France), probably named with the ancient Germanic element rod ‘clearing’ (compare Rhodes ). This was the original home of a family de Ros, who were established in Kent in 1130 and had major estates in Kent until well into the 13th century.

English: habitational name from Wrose, in Shipley, near Bradford (Yorkshire), with re-spelling of Wr- as R- due to the loss of /w/ before /r/ in early modern English pronunciation. The spelling Wrose is no longer current. The placename derives from Old English wrāse ‘knot, something twisted’, referring to the steep-sided hill on which the settlement stands, with the sense ‘broken or twisting hill’.