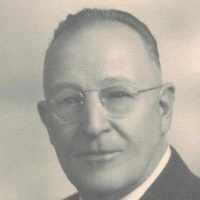 The Life Summary of William Courtland

Put your face in a costume from William Courtland's homelands.

English and Scottish: post-medieval variant of Hind , with excrescent -s.

as told to Johnny

I can't remember who told me this, but my notes say Bill, my grandfather, used to play poker with the guys on Friday night down at Issackson's place, which was just a gaming shack west of Wall Avenue …