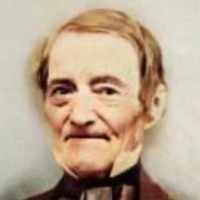 The Life of Conrad P

Put your face in a costume from Conrad P's homelands.

Serving the newly created United States of America as the first constitution, the Articles of Confederation were an agreement among the 13 original states preserving the independence and sovereignty of the states. But with a limited central government, the Constitutional Convention came together to replace the Articles of Confederation with a more established Constitution and central government on where the states can be represented and voice their concerns and comments to build up the nation.
1797 · Albany is Named Capital of New York

Albany became the capital of New York in 1797. Albany is the oldest continuous settlement of the original 13 colonies.
1803

English: nickname for a brisk or active person, from Middle English snell ‘quick’, ‘lively’, in part also representing a survival of the Old English personal name Snell or the cognate Old Norse Snjallr.