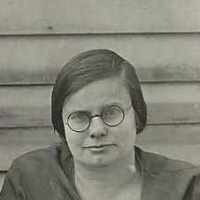 Put your face in a costume from Hazel's homelands.

Like the Boy Scouts of America, The Girl Scouts is a youth organization for girls in the United States. Its purpose is to prepare girls to empower themselves and by acquiring practical skills.
1 English: reduced form of Forster .2 English: nickname from Middle English foster ‘foster parent’ (Old English fōstre, a derivative of fōstrian ‘to nourish or rear’).3 Jewish: probably an Americanized form of one or more likesounding Jewish surnames, such as Forster .