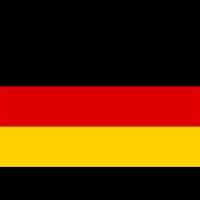 When Philipp Jacob Reich was born on 12 February 1732, in Rhein Dürkheim, Worms, Hesse, Germany, his father, Johannes Reich, was 30 and his mother, Anna Elisabetha Bastian, was 24. He married Polly Ann Penter in 1763, in Maryland, United States. They were the parents of at least 2 sons and 1 daughter. He died on 20 January 1795, in German Township, Fayette, Pennsylvania, United States, at the age of 62.

Put your face in a costume from Philipp Jacob's homelands.

Serving the newly created United States of America as the first constitution, the Articles of Confederation were an agreement among the 13 original states preserving the independence and sovereignty of the states. But with a limited central government, the Constitutional Convention came together to replace the Articles of Confederation with a more established Constitution and central government on where the states can be represented and voice their concerns and comments to build up the nation.
1 German and Jewish (Ashkenazic): nickname for a wealthy or powerful man, from Middle High German rīch ‘of noble descent’, ‘powerful’, ‘rich’, German reich ‘rich’.2 German: from a short form of a personal name containing the Old High German element rīhhi ‘power’, ‘might’.

He imigrated in 1751. He was a Revolutionary War Capt., VA Militia, in Baddis Command in 1776 at Monongalia Co., VA. He resided and purchased land from Judge Symmes in Clermont County, OHio circa …