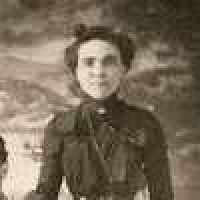 Put your face in a costume from Bertha Alta's homelands.

A short-lived Cabinet department which was concerned with controlling the excesses of big business. Later being split and the Secretary of Commerce and Labor splitting into two separate positions.
1 English (but most common in Wales): from Lowis, Lodovicus, a Norman personal name composed of the Germanic elements hlod ‘fame’ + wīg ‘war’. This was the name of the founder of the Frankish dynasty, recorded in Latin chronicles as Ludovicus and Chlodovechus (the latter form becoming Old French Clovis, Clouis, Louis, the former developing into German Ludwig). The name was popular throughout France in the Middle Ages and was introduced to England by the Normans. In Wales it became inextricably confused with 2.2 Welsh: from an Anglicized form of the personal name Llywelyn ( see Llewellyn ).3 Irish and Scottish: reduced Anglicized form of Gaelic Mac Lughaidh ‘son of Lughaidh’. This is one of the most common Old Irish personal names. It is derived from Lugh ‘brightness’, which was the name of a Celtic god.