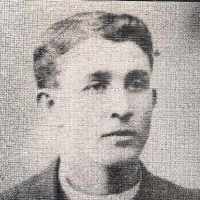 Put your face in a costume from Lawrence Kirkpatrick's homelands.

The Flag of Minnesota was adopted on August 2 and consists of scenes from the seal of Minnesota. The flag has been modified over the years to be easier to manufacture.
Chiefly Manx form of Irish Crehan .