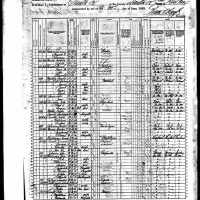 The Life Summary of Jose Pablo

Put your face in a costume from Jose Pablo's homelands.

Some characteristic forenames: Spanish Manuel, Jose, Juan, Juanita, Alfonso, Eloy, Ruben, Carlos, Mario, Ramon, Amado.Italian (northern): from the Late Latin personal name Lupatus, a derivative of Latin lupus ‘wolf’. This is one of several medieval personal names which became popular under the influence of ancient Germanic compound personal names formed with wolf.Spanish: variant of Lobato , a cognate of 1 above. This surname is very rare in Spain. In the US, it is also found among Native Americans (Santo Domingo Pueblos) in NM.