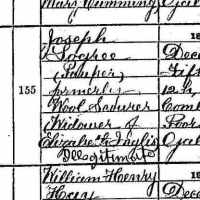 A confederation of Maori tribes was convened in 1834 by James Busby, a British Resident who had been sent to New Zealand to set up a framework for trade between the Māori and Europeans. The Flag which they used was a mix between the St. George’s Cross and in the top left corner another smaller St. Georges Cross with four eight pointed stars representing the Holy Cross stars in the Southern Hemisphere. This design is still being used today as the official flag of the United Tribes of New Zealand.
(1997: 141;2007: 487; 2010: 760)Altered form of French Legris . Compare Lagree .