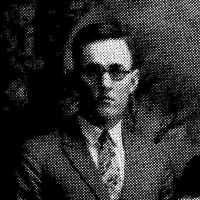 Put your face in a costume from Ervin Elisha's homelands.

"Henry Ford built his first gasoline-powered vehicle, named the Quadricycle, in 1896, at his home in Detroit. Ford sold the Quadricycle for $200 and used the money to build a second car. In 1901, Ford raced his car ""Sweepstakes"" against Alexander Winton and won. The victory resulted in publicity for Ford which allowed him to gain investors for his new company, Ford Motor Company. The first Model A was sold on July 23, 1903, and the company was incorporated on November 13, 1903."

Jeannette Pickering Rankin became the first woman to hold a federal office position in the House of Representatives, and remains the only woman elected to Congress by Montana.
Said to be a French Huguenot name. Family genealogists assert that it is recorded in western France, at La Rochelle and Bordeaux, in the departments of Gironde and Charente, in the spellings Amidon and Amadon. If this is the source, the etymology is not known.