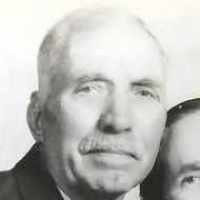 When Andrew Peterson was born in 1865, his father, Eric Aron Lindgren Peterson, was 25 and his mother, Carrie Esdotter, was 24. He married Johanna Wilhelmina Carlson Sjostedt Persdotter on 30 November 1891, in Clearwater, Sedgwick, Kansas, United States. They were the parents of at least 1 son and 2 daughters. He lived in Lamont, Grant, Oklahoma, United States for about 10 years and Los Angeles, Los Angeles, California, United States in 1930. He died in 1943, at the age of 78.

The Los Angeles Gas Company installed 43 gas street lamps on Main Street. A lamplighter rode on horseback at dusk to light the streetlights. By 1873, 136 gas lamps had been installed in Los Angeles.
1886