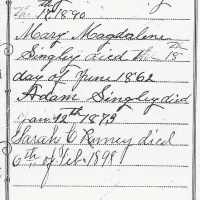 The Alabama Enabling Act was signed on March 2, 1819, by President James Monroe. This enabled the people to form a constitution and state government which paved the way for Alabama to enter the union.

The Missouri Compromise helped provide the entrance of Maine as a free state and Missouri as a slave state into the United States. As part of the compromise, slavery was prohibited north of the 36°30′ parallel, excluding Missouri.
English: unexplained.