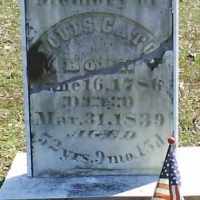 1788 · South Carolina becomes the 8th state in the Union

On May 23, 1788, South Carolina ratifies the Constitution of the United States making it the 8th State of the Union.