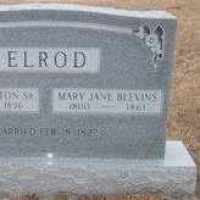 Welsh: Anglicized form of Blethen with post-medieval, with excrescent -s.