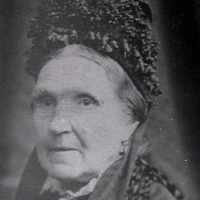 The Life Summary of Barbara

Some characteristic forenames: French Philippe, Alcee, Armand, Laurent, Leonce, Marcel, Yves, Clovis, Fernand, Gilberte, Janvier, Jean Claude.Scottish, English, North German, French, Walloon, Catalan, and West Indian (mainly Haiti): from a personal name composed of the ancient Germanic elements hrōd ‘renown’ +gār, gēr ‘spear, lance’, which was introduced into England by the Normans in the form Rog(i)er and was reinforced by the Old Norse cognate Hróthgeirr.History: Gabriel Roger from Sainte-Verge in Deux-Sèvres, France, married Marie (de) Lacour in Quebec City, QC, in 1669. — This surname is listed in the (US) National Huguenot Society's register of qualified Huguenot ancestors and also in the similar register of the Huguenot Society of South Carolina.