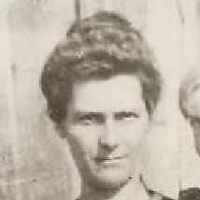 The Life Summary of Laura Charlotte

Put your face in a costume from Laura Charlotte's homelands.

English (of Norman origin): nickname for a cornet player, from Old French cornet ‘wind instrument made of horn or resembling a horn’, a diminutive of corn. Compare Corner .Altered form of French Cornet , reflecting the Canadian and American French practice of sounding the final -t.Americanized form of German Cornet , Kornet or Kornett, cognates of 2 above.