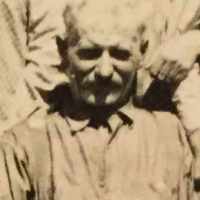 When Ulysses Grant Seburn was born on 9 November 1864, in Illinois, United States, his father, Cornelius Lassfield Seburn, was 43 and his mother, Mary Jane Ryker, was 40. He married Susan A Wise on 23 September 1884, in Aurora, Lawrence, Missouri, United States. They were the parents of at least 1 son. He died on 12 November 1933, at the age of 69, and was buried in Nyssa, Malheur, Oregon, United States.

Put your face in a costume from Ulysses Grant's homelands.

The Home Insurance Building is considered to be the first skyscraper in the world. It was supported both inside and outside by steel and metal that were deemed fireproof and also it was reinforced with concrete. It originally had ten stories but in 1891 two more were added.
Variant of Seaborn .