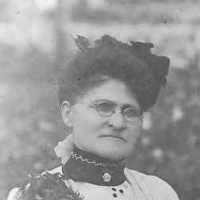 The Life Summary of Clara Elizabeth

Clara Elizabeth Sanders, the eighth child of William Sanders and Elizabeth Hunt, was born 4 July 1853 at Keokuk, Iowa. She was nearly three years old when her parents and family left Iowa and crossed …