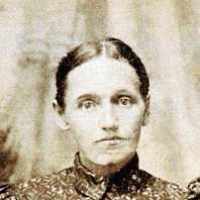 Put your face in a costume from Mary Virginia "Mollie"'s homelands.

Yellowstone National Park was given the title of the first national park by the U.S. Congress and signed into law by President Ulysses S. Grant. It is also believed to be the first national park in the world.
1 English and North German: occupational name for a maker of pins or pegs (or alternatively, in the case of the German name, a metonymic occupational name for a shoemaker), a derivative of Pinn , with the addition of the agent suffix -er.2 English: occupational name for a maker or user of combs, Anglo-Norman French peigner, an agent derivative of peigne ‘comb’.3 English: habitational name from Pinner, now part of northwest London, which derives its name from Old English pinn ‘pin’, ‘peg’ + ōra ‘slope’, ‘ridge’, describing a projecting hill spur.