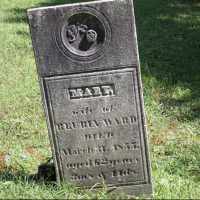 When Mary Christine Poultre Dit De La Vigne was born on 22 December 1792, in Saint-Philippe, Roussillon, Quebec, Canada, her father, Pierre Poutré, was 38 and her mother, Marie Anne Vautour, was 34. She married Joseph Reuben Ward on 9 November 1809, in L'Acadie, Saint-Jean, Quebec, Canada. They were the parents of at least 5 sons and 6 daughters. She died on 31 March 1855, in Wolcott, Wolcott, Wayne, New York, United States, at the age of 62, and was buried in Wolcott, Wayne, New York, United States.

Put your face in a costume from Mary Christine Poultre Dit's homelands.