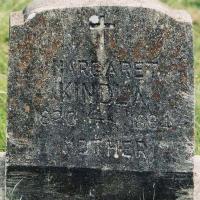 The Life Summary of Margaretha

Put your face in a costume from Margaretha's homelands.

Hungarian (Gábor): from the personal name Gábor, Hungarian form of Gabriel .Jewish (from Hungary; Gábor): adoption of the Hungarian surname in 1 above because it has some sounds in common with the original German-based surname.