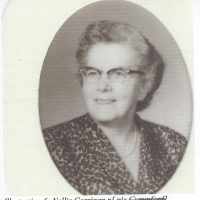 Put your face in a costume from Nellie Florence's homelands.

In 1980, Roslyn was recognized on having the state's highest population of African Americans at 22%

Being modeled after the Boy Scout Association in England, The Boy Scouts of America is a program for young teens to learn traits, life and social skills, and many other things to remind the public about the general act of service and kindness to others.
Irish: variant spelling of Comerford .

Nellie was a widow from a young age. It was very tough to be a single mom in that time. Although it was hard, Nellie did a good job raising her kids. She was very short and nice. Her grandchildren wou …