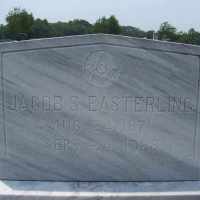 The Life Summary of Jacob Sheldon

Put your face in a costume from Jacob Sheldon's homelands.

Americanized form of North German Oesterling or Dutch Oosterling (see Osterling ), cognates of 2 below.English: from Middle English ester(n) ‘pertaining to the east, eastern’ + the suffix -ling. The name was originally used to denote someone from eastern Germany or the Baltic coasts and was in use in England as early as 1253.