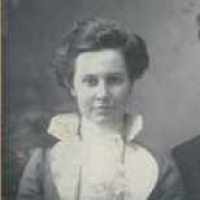 Put your face in a costume from Mary Emma's homelands.

Three years after coal deposits were found in the town of Roslyn, it became a booming coal mining town. As word of this got out immigrant workers from Italy, Poland, Slovakia, Germany, Lithuania, Slovenia, Serbia, Croatia, England, Ireland, Scotland, and Wales moved here to work in the mines  that had opened. Many of the people in this town today are descendants of those immigrants.

On November 11, 1889, Washington Territory became Washington State the 42nd state to enter the Union. The state was named in honor of George Washington.
Americanized spelling of German Dürnbach, from a habitational name from any of several places so named or from places in Austria and Bavaria named Dürrenbach (meaning ‘dry stream’).