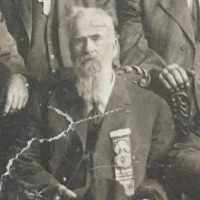 The Life Summary of Benona Benjamin

Put your face in a costume from Benona Benjamin's homelands.

English (Lancashire and Cheshire): habitational name from a place in Cheshire named Davenport, from the Dane river (apparently named with a Celtic cognate of Middle Welsh dafnu ‘to drop, to trickle’) + Old English port ‘market town’.Irish: in Tipperary, this is an English surname adopted by bearers of Munster Gaelic Ó Donndubhartaigh ‘descendant of Donndubhartach’, a personal name composed of the elements donn ‘brown-haired man’ or ‘chieftain’ + dubh ‘black’ + artach ‘nobleman’.History: John Davenport (died 1670) arrived in Boston, MA, in 1637. He came of an English Cheshire family associated with Capesthorne Hall, near Macclesfield.